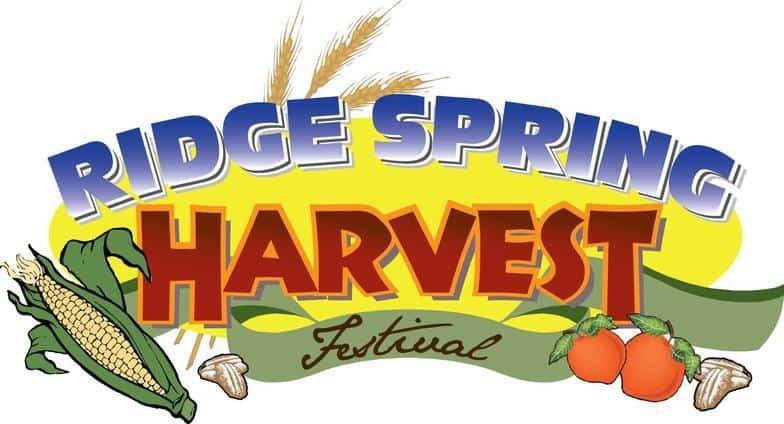 The mission of the Ridge Spring Harvest Festival is to provide a family-friendly festival to celebrate the region’s agricultural heritage.

Ridge Spring is a small town located in the heart of what locals call The Ridge Region of South Carolina. This region is known for its agricultural history, and we look forward to celebrating and thanking our farmers each and every year.

If you love history, Ridge Spring holds an irresistible charm. It is a community that was established over 100 years ago. Believe it or not, Ridge Spring remains home to descendants of some of the original families.

Countless generations have shared a community, loved the same soil, and offered unwavering loyalty to The Ridge.

Ridge Spring is situated on what is known as the “fall line” which bisects the town in the approximate trace of the Southern Railroad. The Sand Hills just below were dunes from the ancient prehistoric sea which covered the entire low country.

Above the “fall line” is the beginning of the Piedmont, which extends North to the foothills of the Appalachian Mountains.

Ridge Spring was originally a part of Old Edgefield District, later Edgefield County. Since the Constitutional Convention of 1895, it has been a part of the then-formed Saluda County.

Although the Town was incorporated in 1882, documents show there was a post office in Ridge Spring, called the Ridge, in 1806. The first settlers in the area were here over 100 years before the Town’s incorporation.

According to the 1980 Census, the town has a population of 699 and there are 360 housing units located within the corporate limits.

There are few communities left like the Ridge, communities of people who have been born in and nourished by rural living. It remains agrarian and simple.

Yet it is aware of the complex world, urban, scientific, and sometimes glossy. Whether natives of Ridge Spring have gone afar to leave their mark or remain to live a simple life, there is a pride in heritage that runs in the veins of all who have been touched by The Ridge.

Portions of this were copied from History of Ridge Spring compiled in 1982 by permission of authors, Mrs. Maynard Spigener Watson and Mrs. Fred Calvin Alexander.

This shows that what was then is still now and that irresistible charm is still strong in the hearts of all who visit Ridge Spring.

Come and join us as we celebrate and enjoy the parade, arts and crafts, music, food, and a whole lot more at the Ridge Spring Harvest Festival.

We are proud to be sanctioned by the South Carolina Barbeque Association to represent our area to present the BBQ KING of RIDGE SPRING.

This prestigious award is presented to the winner of the BBQ Battle at the competition that is held every year at the Ridge Spring Harvest Festival. The KING gets a trophy, a cash prize, and his team’s flag flown over the town for one year!

We will be selling competition BBQ on Saturday, October 8th. BBQ sales will start at noon on Saturday at the gazebo.

We will have drive-up and curbside sales and the BBQ will be $10/lb. Come purchase from the top BBQ cookers in the state.

Perfect for sliders and sandwiches for football on Saturday. Come get yours before it’s all gone.

What you need to know: