As opposed to the mustard, vinegar, or tomato sauces popular around these parts, Moe’s Alabama white sauce accents their BBQ. Don’t worry, they offer plenty of red sauce and vinegar to slather on their famous smoked pork butts if you’re not into mayo.

Moe’s scratch-made sides include potato salad and a marinated slaw used to top all the sandwiches. In addition, Moe’s Original Bar B Que serves skillet corn with sautéed peppers, sausage, and onions; and family-style baked casseroles topped with garlicky croutons.

The restaurant’s Oreo mud pies and banana crème pie are made daily.

If you find yourself traveling down Interstate 85, just take Exit 48 and head toward Greenville. You’ll find Moe’s about 5 miles from the exit on US 276.

How Moe’s Original Bar B Que Came to Greenville

Owners Sam Ragland and John Wood teamed up to bring Moe’s Original Bar B Que to the North Main community. They opened Moe’s first Upstate restaurant opened in early 2018 in a newly renovated historic building in the Westone Development.

Moe’s atmosphere, while different in every location, pivots around the South, music, SEC football, and whiskey-centric.

“There’s zero cookie-cutter about it except the food,” Wood said, explaining that each franchise owner has control of the design. Wood, a friend of the Moe’s founders from the University of Alabama, said the restaurant seats 93 total, with 28 outside on the patio. Inside there provide booths, tables, and high tops, along with a full bar.

Ragland, an Alabama boy himself, began working for Moe’s in Birmingham, Ala., in 2006. A fine-dining and pastry chef trained at New England Culinary Institute, he was drawn to the flavors of the less-pretentious menu offerings.

“It’s not frou-frou, but it’s really good,” he says. “We take time making it. We’re not opening cans and boxes.”

It’s a great spot to hang out with other families for a meal or a great spot for a brew and to watch sports. The neighborhood restaurant also offers full-service catering for celebrations and corporate events as well as large party takeout orders.

Moe’s Original BBQ on The Simpsons

Get to Know the Founder’s of Moe’s Original BBQ 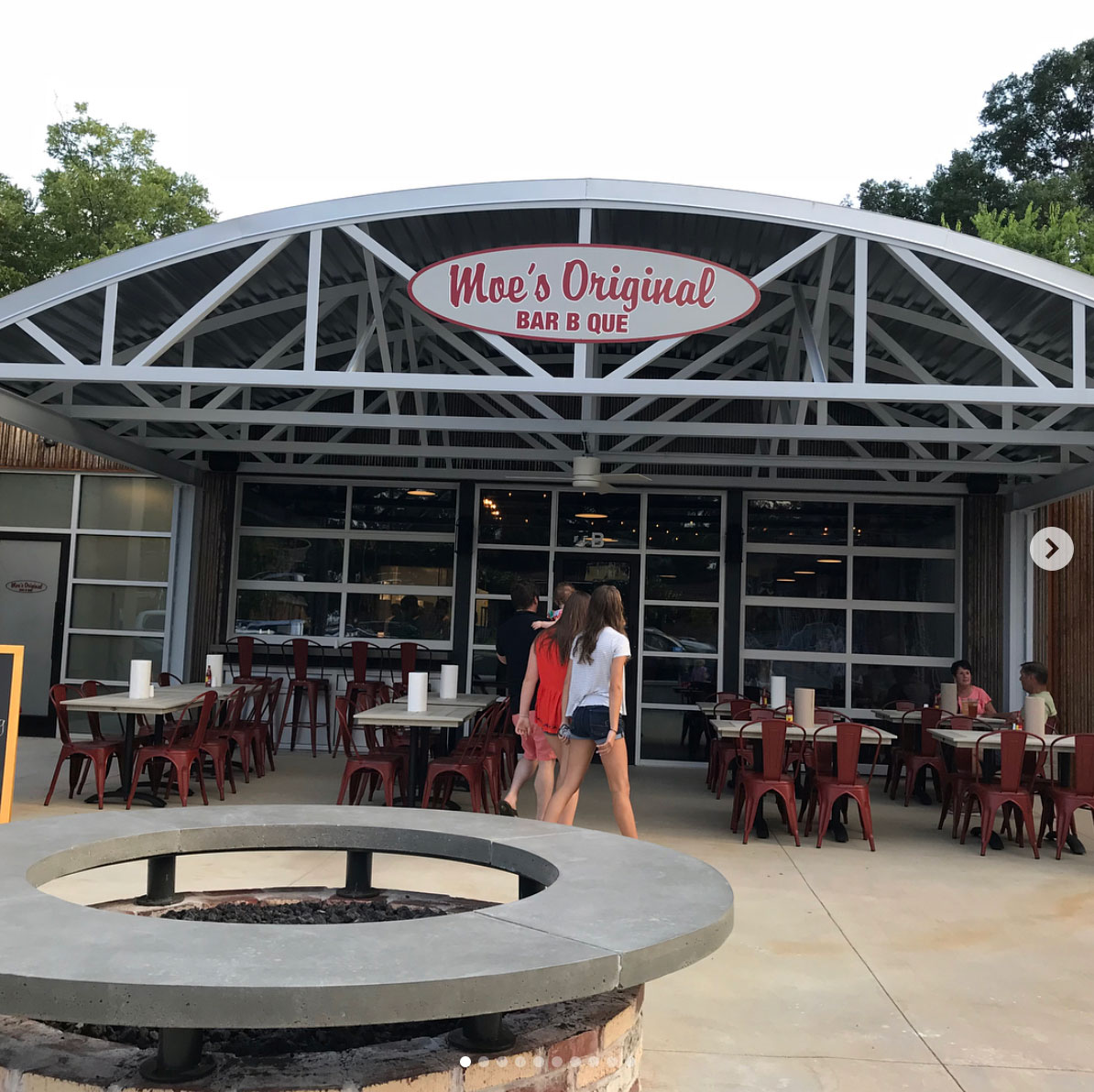