“We could not love this restaurant more!” writes Kaitlyn B about The Smokin’ Pig in Pendleton.

“We have taken all of our out-of-town guests to several of the Smokin Pig restaurants in the upstate. We’re never worried about where we should take our guests because this is always the obvious choice.

“The brisket at The Smokin’ Pig in Pendleton is by far the best meat that they serve. However, all of the sides are exceptionally made and delicious.

“If you’re going for the first time, I highly recommend that you have the jalapeño cheese grits and sweet potato fries. They make the very best! If you love dessert, their cobbler is a must!”

Above all, The Smokin’ Pig in Pendleton is a family-owned BBQ restaurant.

What Other Folks Say about The Smokin’ Pig in Pendleton

So, Traveling Motor Coach Gourmets rounds the country sampling restaurants as they go. The Smokin’ Pig in Pendleton certainly made an impression as you can tell in their Google Review:

We are the traveling Motor Coach Gourmets. We frequent restaurants in many different cities and review them. Our ratings are as fair as we can make them as our reviews and yours can also impact a business owner.

If we can’t give a 4 or 5-star review, or we don’t care for the service or food, we hold our review and give the place in question a 2nd and 3rd try. If after that, still not to our liking, then we rate the establishment.

We’re not going to get into a lengthy review of The Smokin’ Pig in Pendleton, but I’ll review it as follows:

You will not be disappointed.

Similarly, in a Yelp Review, Lee C writes about his first visit to The Smokin’ Pig in Pendleton, and he had a lot to say.

It was our first time at The Smokin’ Pig in Pendleton. The process to order and seat yourself was efficient, and the staff was friendly and attentive.

The sides were amazing. I had the brisket and chopped chicken. The brisket wasn’t over smoked and had just the right texture.

You could stretch it and then it would break off. The chicken was delicious and moist. The sauces were great too, and I particularly liked their hot sauce.

I tried one of their glazed ribs, and again it was perfect. It wasn’t fall off the bone but had some chew to it.

They were cooked like ribs are supposed to be in that you could see where you took a bite. The glaze was amazing as well. In addition, the Brunswick stew is legitimately some of the best I’ve ever had along with the jalapeño cheese grits.

I saved the sweet potato casserole for dessert and wasn’t disappointed.

But those are simply people on a review site, right? What about the folks who train the judges for SCBA BBQ competitions? What do they say about The Smokin’ Pig in Pendleton?

In short, the SC BBQ Association named this place one of the Top 100 BBQ houses in the state.

Here is an excerpt from their review:

Also nice are the ribs which are dry rub with four sauces on the table, if you want them. And while the upstate mustard sauce was my favorite of their four, the ribs are best eaten as they serve them which is fall off the bone tender.

The barbeque, however, is better with their thinnest vinegar and pepper sauce to add a bit of pep.

Like most modern restaurants they use an Old Hickory smoker (one often also finds Southern Pride smokers) to prepare their meats and that does a good job at cooking it low and slow so as to make it tender and juicy while adding just the right amount of smoke.

Read the SCBA’s full review of The Smokin’ Pig in Pendleton here.

Check it out: The Smokin’ Pig featured on CNN:

What’s on The Smokin’ Pig Menu

Finally, visit any of these other sister restaurants of  The Smokin’ Pig in Pendleton:

Where is The Smokin’ Pig located?

The Smokin’ Pig has several locations in the Upstate of SC. Currently, they have four restaurants scattered around the Anderson area. Here is the location of each:
720 Anderson Drive in Williamston
1696 Evergreen Rd in Anderson
701 South Pendleton Street in Easley
6630 Clemson Boulevard in Pendleton

What days and hours is The Smokin’ Pig open?

Each of the four Smokin’ Pig locations is open Thursday through Saturday from 11 am to 9 pm.

Does The Smokin’ Pig serve alcohol?

No, you will not find beer, wine, or cocktails on the menu at any of The Smokin’ Pig locations.

What’s on the menu at The Smokin’ Pig? Do they serve hash and rice?

The menu at The Smokin’ Pig is obviously centered around barbecue. The smoked meats include chopped pork, chopped chicken, ribs, and brisket. Sides include fries, okra, baked beans, coleslaw, and much more. Don’t forget their famous sweet potato crunch. However, The Smokin’ Pig doesn’t serve hash and rice. See the full menu here. 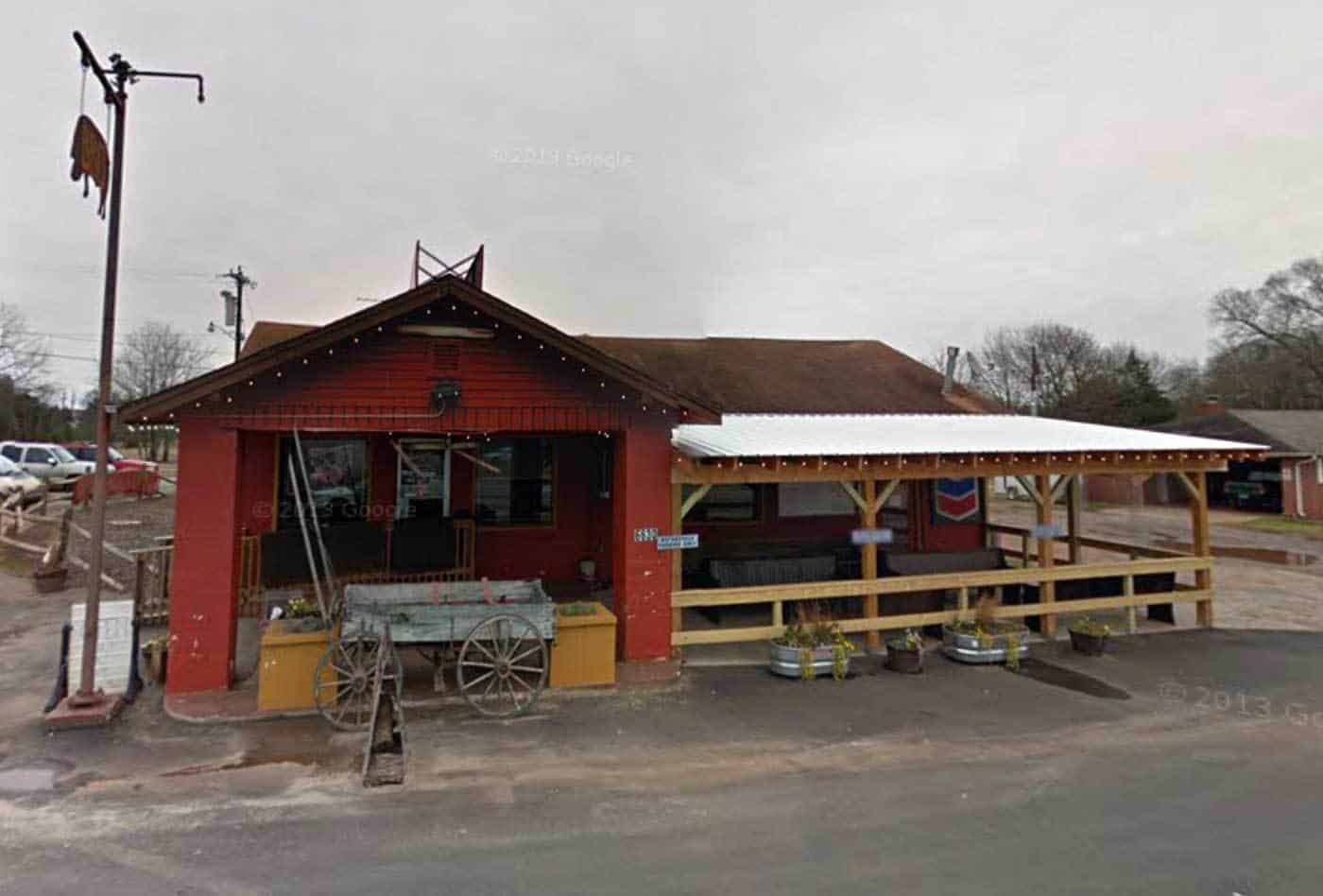 The Smokin’ Pig in Pendleton