Brown’s Bar-B-Q, family-owned and operated for over 30 years, has been tempting taste buds for decades with their spicy barbecue seasoned with what they call “barbecue gravy.”

That gravy is their BBQ sauce made with vinegar and hot peppers. The gravy is mopped on the pork while on the pit.

Later, customers pour that same sauce on their barbecue…and even veggies.

Speaking of veggies, Thomas M. Brown, Jr. is a farmer.

Not only does he grow soy, wheat, hay, and oats to sell commercially, he also grows corn, squash, zucchini, and broccoli, okra, butter beans, collards, and cabbage for the huge buffet line at Brown’s Bar-B-Q.

“They even have vegetable soup. The sweet potatoes (called “yams” down there) are legendary and are not to be missed.

“The deserts there are wonderful. The homemade pecan pie is not only my favorite but it’s as good as I make myself and I pride myself on my pecan pie.”

Brown’s is open every day except Monday. Stop by on your way to or from the beach.

In her Google review, Kristina Edge wins over her husband (and the argument) after a visit to Brown’s Bar-B-Q.

I grew up eating Brown’s BBQ with my family. Every holiday, every family gathering. It is a constant.

The best BBQ in the world, hands down.

My husband used to always argue with me that mustard-based barbeque was the best. I kept telling him he was wrong, that hot pepper and vinegar was the best.

This went on for a couple of years until he went to a family gathering with me and had the chance to sample some for himself.

He put the first bite of red pepper and vinegar pulled pork in his mouth, closed his eyes, and said “Now I understand.“

Their buffet is phenomenal, full of everything good, Southern, and pure. Chicken and rice, butter beans, greens, barbeque, fried okra, fried chicken (but why would you eat fried chicken when the best BBQ in the world is there?)… the list goes on and on.

“If you love Southern food or just want to try the most perfect red pepper and vinegar pulled pork ever, eat at Brown’s Bar-B-Q.”

Matthew K from nearby Andrews understands why the SCBA thinks so highly of Brown’s Bar-B-Q. Here’s what he had to say in his Yelp review:

No wonder the South Carolina BBQ Association ranks them as one of the best in the state.

Not only do you get some of the best BBQ but you get fantastic portions of it.

A lot of people claim that Bessinger’s is the best in the state, I have never had it but they are going to have to be damn good to beat Brown’s Bar-B-Q.

Turkey: the turkey has a fantastic smoke flavor with a sauce that has just the right amount of kick and sweetness to it. Something I love with my poultry is sweetness in the sauce

Fried chicken: FANTASTIC! Some of the best I have ever had. Juicy and crispy in all the right spots.

Side dishes: I tried the mashed potatoes, sweet potatoes, coleslaw, pilau, and red rice and I have no complaints.

Not a single thing I had was bad and I would eat it all over again every chance I got.”

The SC BBQ Association has named Brown’s Bar-B-Q one of the Top 100 BBQ houses in the state. Here’s how they begin their review:

If there was ever a 100-mile barbeque Brown’s was it. It’s amazing how many people I know (including my wife) who make a side trip to Brown’s to get barbeque when they are on their way to the beach.

People who like vinegar and pepper barbeque, the “original” barbeque, and like it spicy considered Brown’s to be the ultimate.

If you ever got up a conversation about barbeque anywhere in South Carolina it wasn’t long before the name “Brown’s” cropped up.

We had the chance to visit way back in 2012 as we were just getting started.  Read our Review of Brown’s Bar-B-Q

Get to know Brown’s Bar-B-Q

Enjoy this interview with Angela Brown of Brown’s Bar-B-Q:

Menu for Brown’s Bar-B-Q in Kingstree 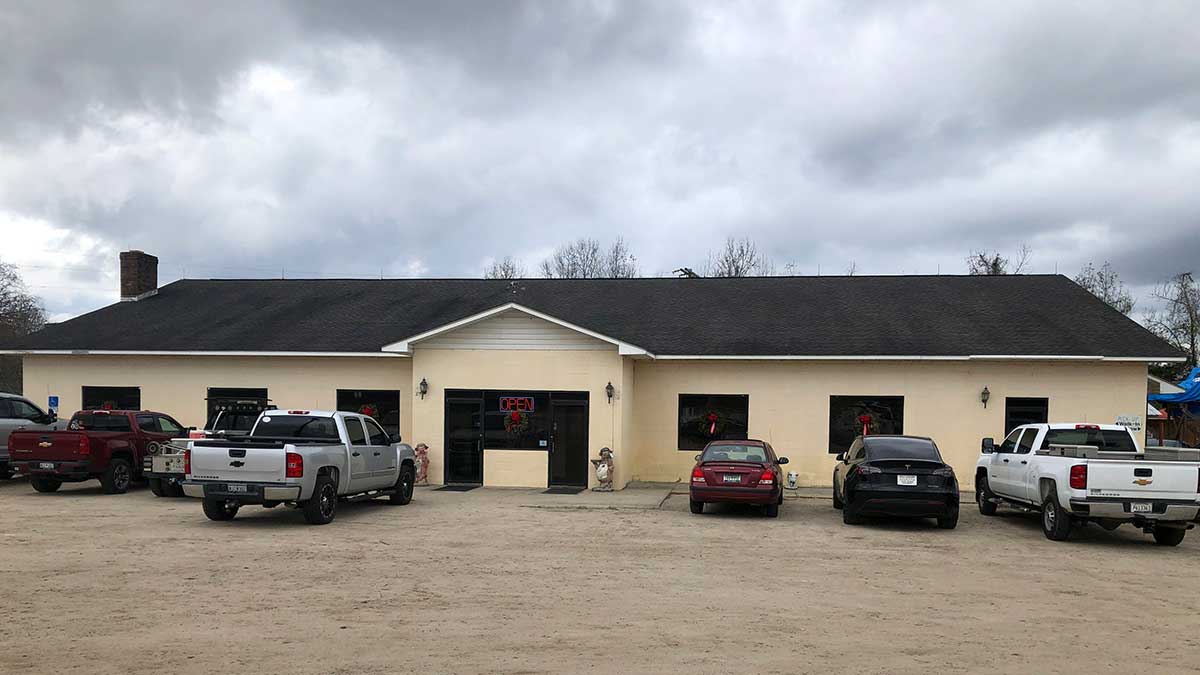