A South Carolina tradition since 1939, Melvin’s Bar-B-Que restaurants are beloved and famous across the South for the best St. Louis style pork ribs, chicken, and “All Ham” Bar-B-Que. Come on down and experience the flavor at their Mt. Pleasant location or the James Island location.

Kids Night on Wednesdays where one kid eats free with each paying adult!

It’s reasons like those listed above that Melvin’s BBQ earned a spot on our feature entitled “BBQ in Charleston, SC: The Definitive Guide.”

From This Restaurant or Many Others

Melvin’s Bar-B-Que: A Bit of History

A farmer by trade, Big Joe had a talent for barbecue. Word quickly spread about his barbecued pork, cooked inside a pit dug deep into the ground and then drenched in his special mustard sauce.

At his wife’s urging, Big Joe bartered away the family cow and mule in exchange for a small café in Holly Hill. Holly Hill Café opened its doors in 1939 serving mustard-based barbecue.

But the ongoing Great Depression forced it to close before long.

In 1955, Melvin closed the Holly Hill eatery, striking out for nearby Charleston.

After nearly twenty years together, Melvin decided to part with his brother to go out his own.

He opened Melvin’s Bar-B-Que in Mount Pleasant, SC. Melvin’s Barbecue expanded to a second location on James Island in 1984.

When Melvin’s son, David Bessinger, became more involved in the business, he added items to the menu like Texas-style brisket and burnt ends. Going back to his roots, David stopped using gas-assisted pits and brought back smoking meats over all wood.

In addition, he developed new recipes for dry rubs, brisket rubs, and sauces, and ventured into the retail world by selling Melvin’s Golden Secret® BBQ Sauce in grocery stores and specialty shops throughout the United States.

“I can’t make the sauce in the old farm shed any longer; however, I do stick to the fundamental BBQ sauce traditions that were passed down to me from my granddaddy and father.”

What Folks are Saying about Melvin’s Bar-B-Que

Among the many Google Reviews of the James Island location, Local Guide Shannon Carver explains how she got more than she expected at Melvin’s Bar-B-Que:

I went in Melvin’s thinking it would be mediocre, run-of-the-mill, fast food BBQ…I was wrong.

The meats’ smoky goodness enveloped my taste buds, and the sides are true down-home cooking.

Few so-called Southern food joints get collard greens right, but Melvin’s actually pulled it off. I felt like it was Sunday dinner at my grandma’s house.

Their Golden Secret BBQ sauce was unbelievable. I ended up buying my own bottle to take home. I plan on dousing it on everything from now on.

Needless to say, I highly recommend grabbing some grub at Melvin’s. If you don’t like it, I’ll eat my hat (after dipping it in the Golden Secret sauce, of course).

Over on Yelp, Morgan K has tried virtually all of the BBQ joints in the Charleston area but has found none better than Melvin’s Bar-B-Que on James Island:

Where can i even start with Melvin’s Bar-B-Que?

Well, first… I am spoiled rotten by having the privilege of eating such wonderful bbq. I have been to just about every place in and around Charleston (Jim and Nick’s, Sticky Fingers, Sweatman’s, bobby Q’s…) and Melvin’s reigns supreme.

My mouth is watering just from thinking about it

Yeah, ok…sure. You can pull positive reviews from a website, but what do they know about BBQ? What about the folks who train the judges for BBQ competition in South Carolina? What do they think?

The SC BBQ Association deems Melvin’s Bar-B-Que to be 100-mile BBQ. That’s their highest honor, BBQ so good it’s worth driving 100 miles for.

Here’s an excerpt from their review:

Melvin has a dry-rub rib (unlike his brother, Thomas, who serves a wet-rub rib at Bessinger’s) that is a little different from what you get everywhere else. It’s tender but you can see your teeth marks when you take a bite.

This is the hallmark of a great dry-rub rib. He cooks them with real wood, low and slow, just as he does his barbeque.

And speaking of that barbeque, it just “looks” right; that is, when you get it on your plate it has some of that wonderful outside “bark” that real barbeque aficionados crave and it has that tell-tale pink smoke ring on some of the pieces. 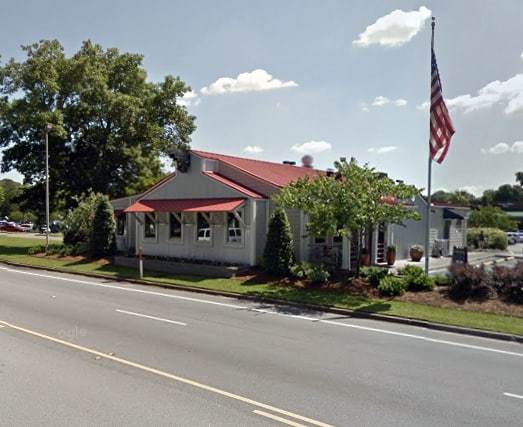