Charlie’s Bar-B-Que at the corner of Pelham Rd. and Highway 14 has been serving Greenville since the late 1980s. It’s close to the site of the historic Pelham Mill.

“When we came here in 1989, there wasn’t a lot here,” co-owner John Parkins told Talk Greenville. “We’ve grown right along with the Eastside.”

If you’re passing by, you’re sure to catch the scent of charcoal and hickory from Charlie’s.

But what’s unusual about Charlie’s is the sauce. In the Upstate, vinegar-based barbecue sauce is not traditional is certainly not common among the BBQ joints in the region. Vinegar sauces are more typically found in the eastern part of the state in the Pee Dee region.

“Different people like different things,” Parkins said. “You can tell a person by what kind of sauce they had growing up. I can know if they came from Columbia or below.”

But that’s a guideline and not a rule. Parkins, who prefers a vinegar sauce, actually has spent his whole life in Greenville, but he mixes up Charlie’s vinegar sauce in-house daily. There is a mild and a hot version to choose from.

As for sides, you’ll find all the typical options at Charlie’s Bar-B-Que. There is coleslaw, potato salad, and macaroni and cheese, but Parkins recommends the baked beans. There’s nothing quite like a great baked beans recipe.

“Of course, we add brown sugar and some of the barbecue in them. Makes ’em sweeter that way.”

Among the many Google Reviews, Local Guide CK reports being a Charlie’s BBQ regular and having never been disappointed:

This is an AMAZING BBQ restaurant!

Over on Yelp, Dixie B is another Charlie’s Bar-B-Que veteran and she knows there’s always a place waiting for her when she returns to town:

I’ve been coming to Charlie’s for years, and even though I live in another state now, I make it a point to visit Charlie’s on every trip back to Greenville.  That should tell you everything you need to know, but maybe not, so let’s go.

This is BBQ done very well — Very Well.  You march right up to the counter, and your order is prepared right before your happy eyes.  Pay there, grab a cup for your tea, and take your plate to one of their tables.

I used to order a mild chopped plate with coleslaw and baked beans, with a side of fries and a tea.

Those days may be gone forever (since I’ve learned that I’m gluten intolerant, and also have a severe intolerance for tomatoes- ech!), but I can still love on some chopped BBQ with slaw and the ever-beloved iced tea.

So, if you’re in the mood for BBQ, and want some tender, tasty pork, come on down to Charlie’s; there’s a table waiting for you. 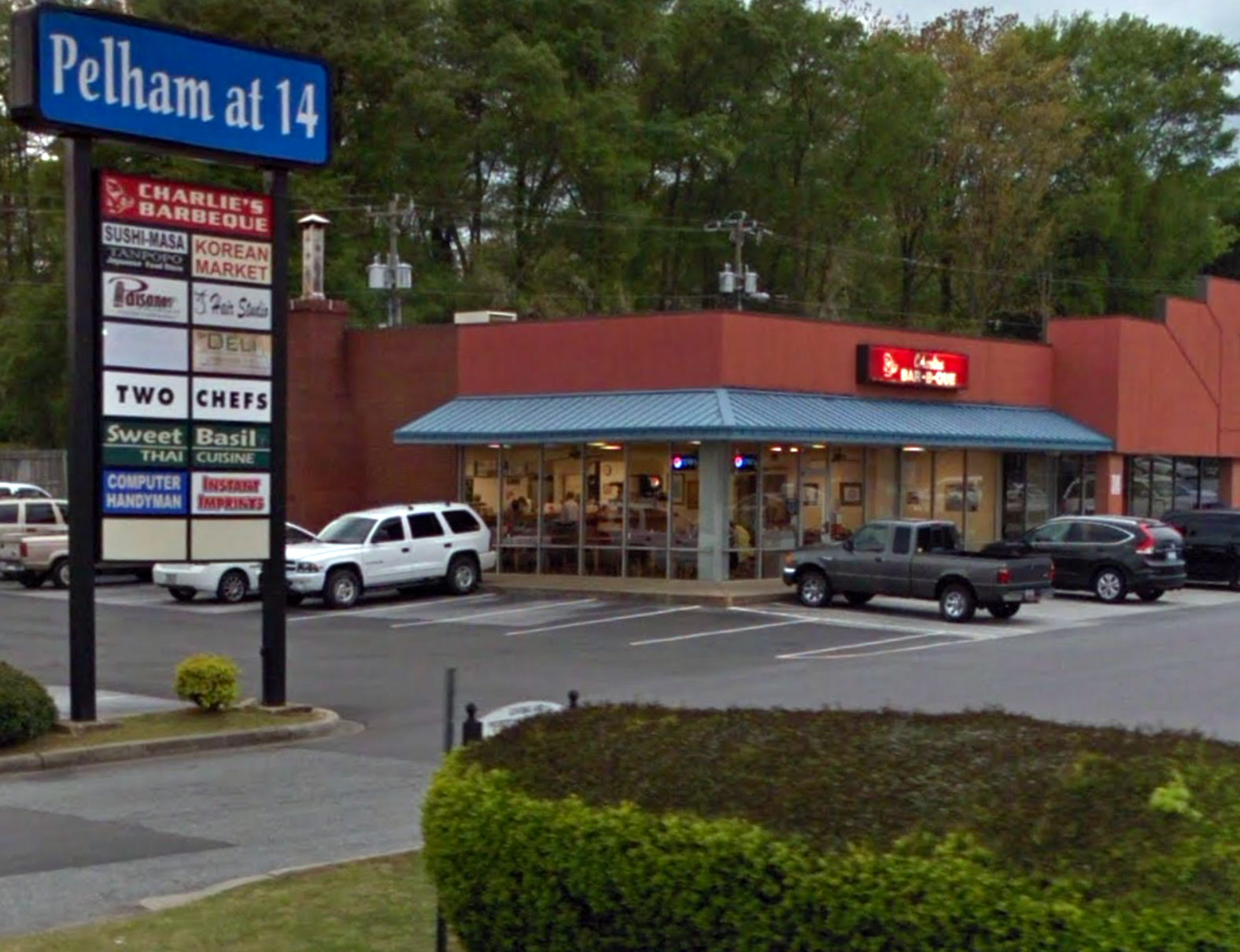