Bobby’s BBQ, owned by Tay and Sarah Nelson, serves what many consider the best BBQ in the Upstate.

Tay grew up in Fountain Inn. At the early age of twelve, he began working with his father in a local Greenville restaurant. Here he started out washing dishes. During his summers in high school, he had worked his way up to managing the entire luncheon service

In 2008 and 2009 respectively, his father and brother, Bobby Sr. and Jr. passed away. Spurred by the desire to keep their memory alive, Tay created an All Purpose Seasoning. He did so by blending together the spices his father used in his recipes and adding his own preferred all natural ingredients.

Later, Bobby’s Seasoning had expanded to include 3 different blends: Bobby’s All Purpose Seasoning (the original), as well as a Citrus blend and a BBQ Rub. All three seasonings are all natural, contain no additives, preservatives or MSG and are low sodium and gluten-free.

In 2014, Tay fell in love with Central Texas style BBQ, similar to what you might find at Lewis BBQ in Charleston. This is obvious when you taste the food at Bobby’s BBQ.

Because of that love, he began researching, studying and reaching out to experts in the business to learn all that he could about smoking meats and the BBQ industry as a whole. Later that year, he began using his seasoning as a launching point to start a BBQ catering business. His beef brisket, pulled pork, ribs, turkey, house-made sausage, & homemade sides are all seasoned with Bobby’s seasoning blends.

For the past 4 years, Tay has participated in the Mauldin BBQ Cookoff. He was awarded first place for his brisket in 2017.

Tay married his wife Sarah in 2013. They have 5 beautiful children that always keep them on their toes! They are both so excited to have the opportunity to serve you and YOUR family.

It is only through the grace of God that they were able to see this vision of Bobby’s BBQ become a reality.

Get to Know More about Bobby’s BBQ 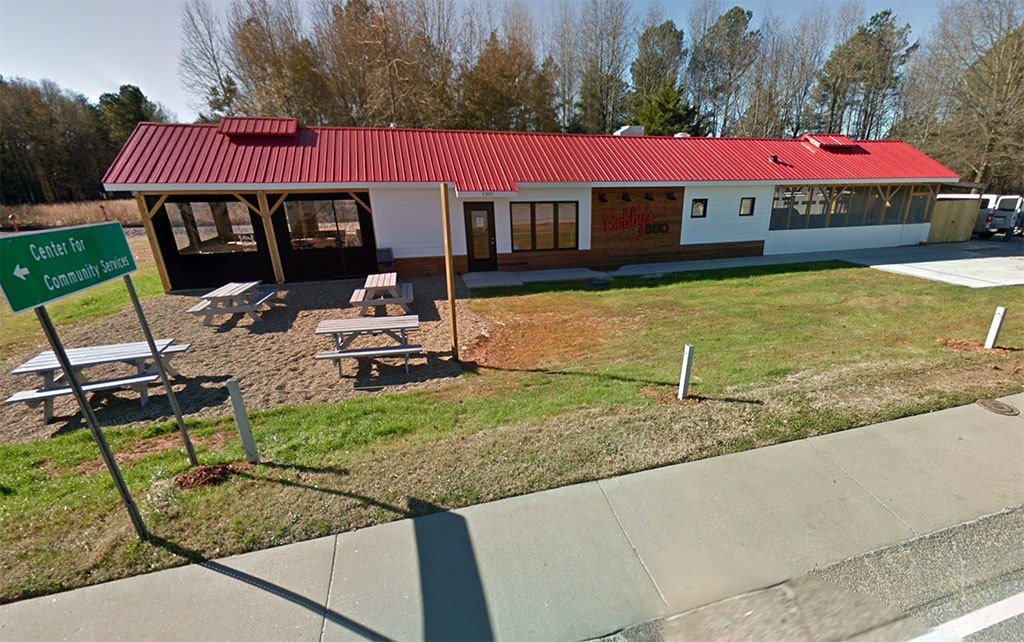