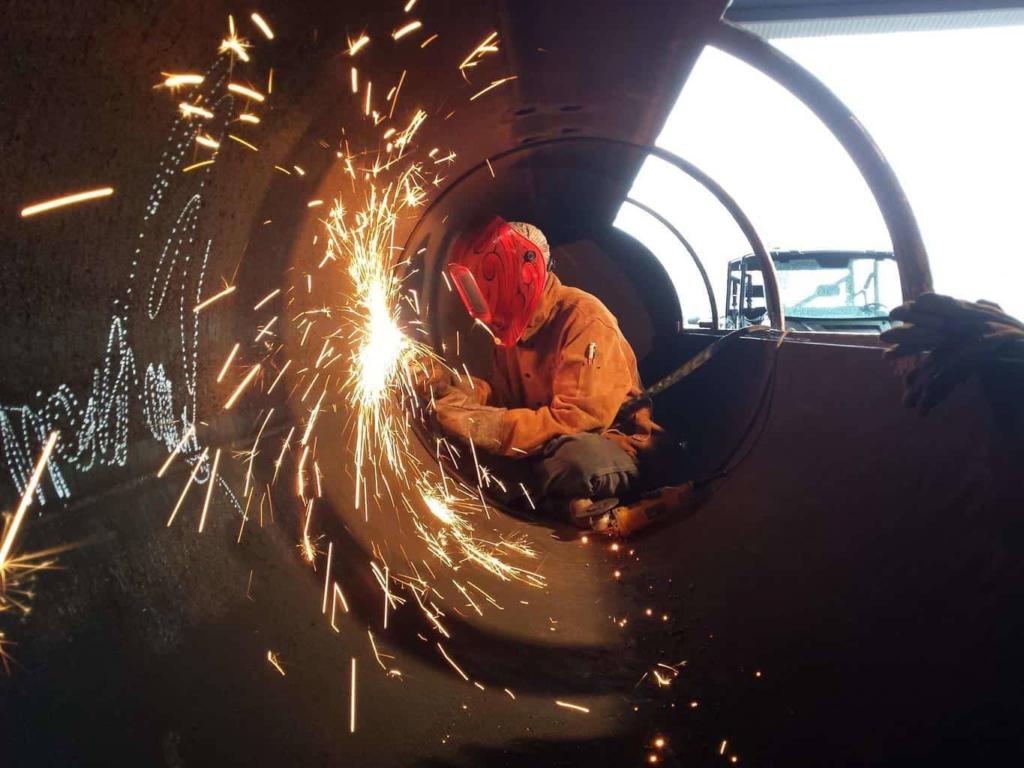 True artisans embody their craft, steeped in the history, essence, and values of their work. John Lewis is barbecue — Texas barbecue — and he is bringing his craft to the Lowcountry when Lewis Barbecue opens this Fall in Charleston.

Now, artisan has become a marketing term lately, used almost to the point of being trite, so I hesitate to saddle him with the baggage, but Lewis is the antithesis of cliché.

He is authentic, a true craftsman. That is obvious when you hear his story.

John Lewis is Texas born and raised, growing up in El Paso and spending much of his adulthood in Austin. He helped Aaron Franklin, a recent James Beard “Best Chef” award winner and PBS/YouTube star, start Franklin Barbecue.

He is part owner and pitmaster of La Barbecue in Austin. In short, he is Texas-tanned, more than skin deep.

Like many, Lewis was drawn to the beauty of the city, as is common, but the food scene here was also a real temptation.  Charleston is home to great chefs and a rich culinary tradition.

At the same time, it is also new and emerging on the national level which makes Charleston vibrant and inviting for those, like Lewis, who work in the highest levels of the food industry.

Lewis is in the process of converting the old Charleston Consignment Company on the corner of Nassau and Isabella into Lewis Barbecue, spelled “properly” with the letter c. This is in the north Morrison Ave. section of the “upper peninsula” of Charleston fondly referred to at the “NoMo” area.

Lewis “loves it. It is an emerging neighborhood and it is centrally based,” making it easy and attractive for diners. It has “a huge outdoor area.”

Nearby, there is already Edmund Oast, Martha Lou’s Kitchen, Santi’s Restaurante Mexicano, Taco Boy, and Tattooed Moose. In addition, Grow Food Carolina, a distributor that helps local restaurants get access to local produce is in the area, and Lewis looks forward to being able to select fresh, local ingredients from which to build his menu as the seasons dictate.

Now, those of you not from around Texas, may be a bit leery of “hot guts” and those of you from around Salley, SC, home of the Chitlin’ Strut, may have your own idea what this means, but to be clear, hot guts is simply a term for sausage, taken, I assume, from the casing which is used to… well, encase the sausage meat.

Sausage is a staple of Texas BBQ and Lewis reportedly makes quite a spicy version. Among other things, his hot guts include ground brisket, beef heart, and liver in a pork casing.

Daniel Vaughn, BBQ editor of Texas Monthly, writes: “John Lewis of La Barbecue in Austin took a page from some older books on the craft. ‘When I started making it here I used [Southside Market] as a base but made it more spicy.

“If you’re going to call it Texas hot guts then you should actually make it hot.’ And Lewis’ sausage–one of my favorite in the state–certainly has kick: I advise having a drink handy halfway through the first link.”

Hot Guts won’t be the only new addition to the SC BBQ table, brisket will be as well. Brisket and sausage can, of course, be found at many of the newer BBQ restaurants in SC, but it certainly is not traditional to our area.

When South Carolinians mention “barbecue,” we generally mean pulled pork (preferably from a whole hog). And while brisket has found its way to BBQ joints in the state, I feel safe in proclaiming that there is not a pitmaster in the state who knows brisket like John Lewis.

So what do we need to know about brisket?

Lewis instructed me that a great brisket “should not