It is a place that I’ve known about for years, long before I had any idea I’d ever write a barbecue blog or even knew they served barbecue.

Theron Burrows opened an Esso gas station, dubbed Burrows’s Service Station, in 1937 when Hwy 521 first connected Manning to Georgetown. (Esso is now Exxon for you younger folks.) His son-in-law George Cooper purchased the store in 1974, and today it is run by Cooper’s nephew, Russell Cooper, per this Garden and Gun feature.

We know about Cooper’s because we used to live in Georgetown when I taught at Andrews High School, and we would take 521 to visit family in Camden.

Of course, we would pass Cooper’s on the way, and though we were intrigued by it, we never stopped. Not sure why, it just never happened, but we both loved the place.

Fast forward to today and we find ourselves in Georgetown for Camden’s baseball tournament.

We knew we’d take the opportunity, as we usually do, to get some barbecue. Heather wanted to return to Scott’s in Hemingway, which is always a good idea, but I persuaded her that we should try something new.

There is Riverside in Brown’s Ferry, outside of Georgetown, and Big Bill’s Lowcountry BBQ there in Georgetown. We attempted to visit both of them before (lesson: always call ahead!!), but I knew neither of them would dissuade her from a visit to Scott’s.

So, I plied her with nostalgia: a visit to Cooper’s Country Store, and she happily agreed. So with the baseball games over for the day, we were off.

I have to say it was further down 521 than I recalled. It would have, in fact, been a little faster to have gone to Scott’s, but our destination was set.

We arrived at a busy lot, busier than I recall in all my trips past it, having lived in Georgetown for 5 years. Could be that it was a Saturday afternoon in early June and there was a lot of traffic heading toward the beach.  Regardless, Cooper’s was busy.

We entered the old front doors and stepped back into time. I suspect Cooper’s is not much different now than was Burrow’s in 1937. Inside is a country store packed with a little of everything from grocery items to hardware.

Walking straight back brings you to a meat counter. The counter sits beside a screened-in area in which hang fresh country hams (see image below). A polite young man greeted us and asked what we’d like.

We feared they had just sold out. In fact, I joked with an older couple who was leaving with some takeout, “You didn’t buy the last of it, did you.”

In earnest, he said he thought he had. That they had called ahead. Turns out they bought chicken meals, but there was plenty of barbecue for sale. Whew…

Now, if you haven’t already guessed, Cooper’s is not a restaurant.

They just happen to serve some food. The barbecue comes in sandwiches that are pre-made and wrapped in plastic: simple hamburger buns with a serving of bbq. It also comes in one-pound containers. We asked for two pounds and three sandwiches.

In addition, we picked up some cold drinks and a bag of popcorn — Buffalo Hot Sauce popcorn from Lay’s, I think. Yeah…it was weird, but we had to try it.

Then we spotted it…sitting back deep in a cooler: Blenheim Ginger Ale.

I love Blenheim Ginger Ale. In fact, being from Cheraw, I grew up very close to Blenheim, so it holds extra favor with me, but the drink stands on its own. (Get some. Now…)

If you are a brave soul, hardened by time and the abuses of hot sauce, you get the red. I exaggerate but don’t take a big swig without knowing what you’re getting into. Approach with caution if you prefer to avoid the feeling of swallowing hot coals.

But, today, I went with the Gold cap. Still a bit of fire, but not so spicy as to leave too much tingle on the lips.

We took our bounty and headed out to a picnic area to the right of the main building, near the pits.

We unwrapped the sandwiches and enjoyed.

To me, it tastes like home. It is very much in the Pee Dee style of BBQ with a vinegar pepper sauce.  The vinegar balances the fattiness of the pork and the pepper complements it with a touch of heat. Perfect.

That said, the sandwiches were still a bit cold, even though he put them in the microwave for us. Not his fault, as I said it was fine as it was after the first nuking.

The containers were also refrigerated. Heather found the pork to be mushy and I couldn’t disagree, but I loved every bite of it.

I contend that if Cooper’s served a fresh hot product, it would be comparable to Scott’s or McCabe’s in Manning. Something is lost when the product is cooled and then reheated, but what was clear to me was the flavor.

So if you find yourself traveling down 521 and have an opportunity to stop, do so. Don’t pass it as we did for so many years.

Cooper’s Country Store is a treasure from a long-lost era…and the BBQ is pretty good, too. 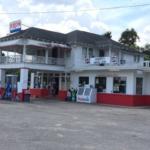 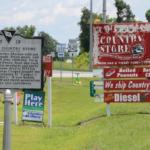 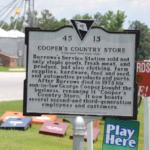 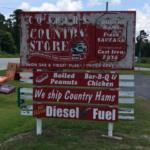 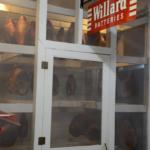 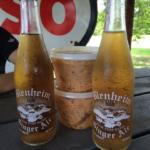 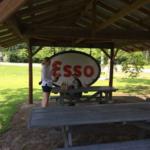 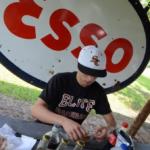 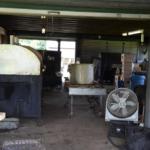 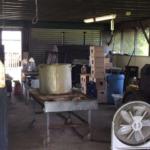 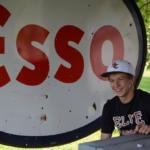 Stopped last sat to get 2 lbs.of Barbecue pork on the way to the beach. Told the man pork barbecue. He said got two pounds right here !. Got to the beach, and found that it was barbecued turkey. It was so tough and stringy that we had to though it away. 25 dollars wasted, never will I go back. Sidney Brown New Zion S.C.

Wow...that's unusual but certainly an appropriate reaction. I'm sorry that was your experience. I didn't even know they had turkey as an option, outside of maybe around the holidays. Hoping it was an honest mistake, but either way the turkey itself should have still been good, and since it wasn't, that doesn't reflect well on them -- both the mistake and the quality of what they gave you.