Many say that Ward’s BBQ makes the best hash in the state. Unless you are a South Carolina native, “hash” is probably not what you think it is.

Hash, an authentic SC BBQ product that is unique to our state, is what some think of as a pork gravy, often served over rice. Even within various regions of SC, the hash varies.

While you are likely to find a yellow hash in the Midlands and a beef hash in the Upstate, you will find something different here.  Ward’s serves a pork-based red hash,

The simple fact is that Ward’s is the place to stop for an authentic SC BBQ experience.

“Get take out — because this is just a very BASIC restaurant — their dining area kinda looks like a deli.  The BBQ is fresh, tender, and melts in your mouth.  It’s vinegar-based and not overly seasoned, so always ask for extra sauce.

“They have a VERY busy lunch counter, so don’t expect anything other than “can I help you?” from the staff, but if you explain what you want, you will be fully accommodated.

Menu for Ward’s Bar-B-Que on Liberty 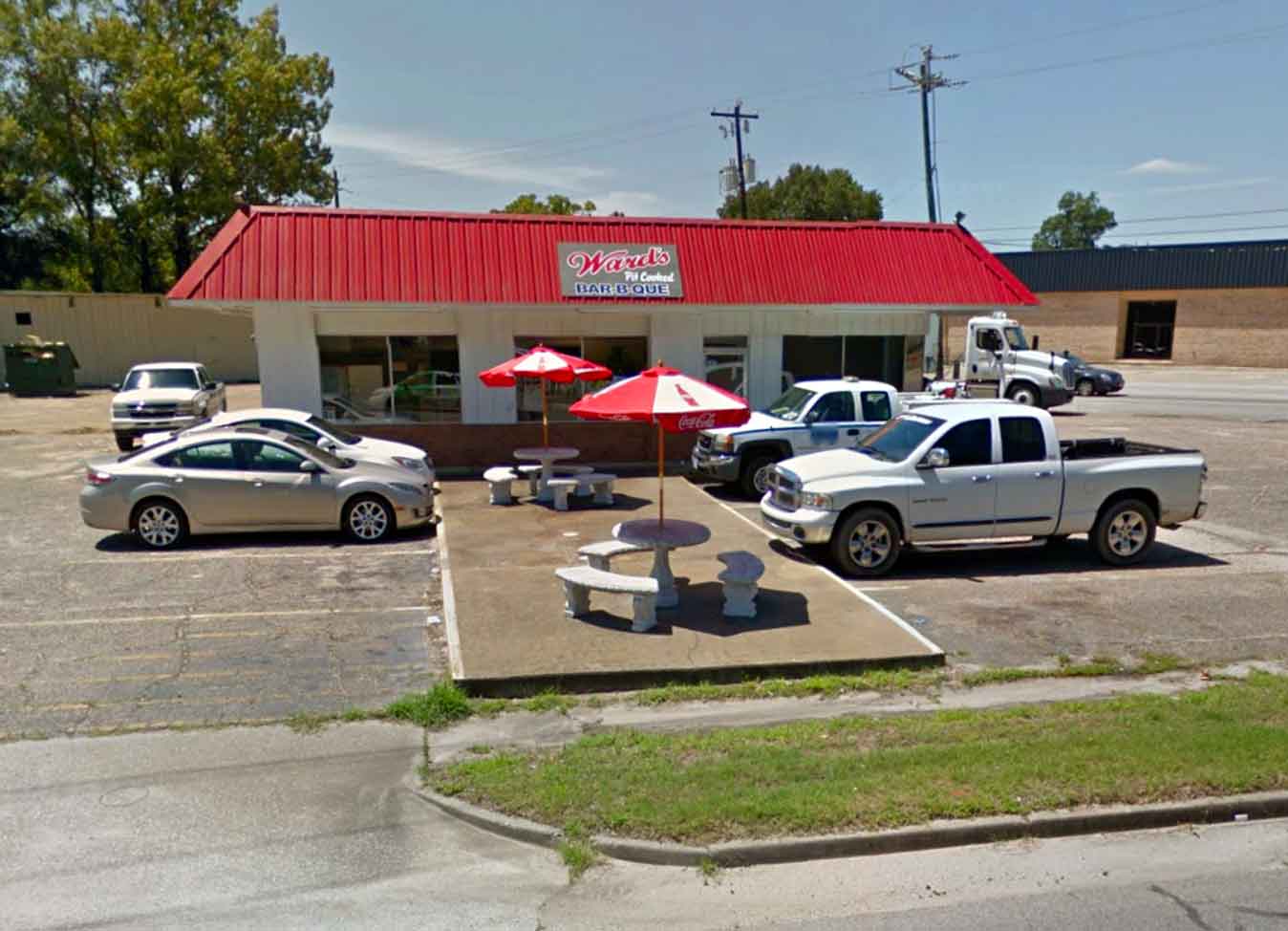