Widely considered to have among the best hash in the state, Ward’s is the place to stop for an authentic SC BBQ experience.

Hash is an authentic SC BBQ product that is unique to our state, and even within various regions of SC, the hash varies. Ward’s serves a pork-based red hash, while you are likely to find a yellow hash in the Midlands and a beef hash in the Upstate.

“Get take out — because this is just a very BASIC restaurant — their dining area kinda looks like a deli.  The BBQ is fresh, tender, and melts in your mouth.

It’s vinegar-based and not overly seasoned, so always ask for extra sauce.

“They have a VERY busy lunch counter, so don’t expect anything other than “Can I help you?” from the staff, but if you explain what you want, you will be fully accommodated.

Menu for Ward’s Bar-B-Que on Pinewood 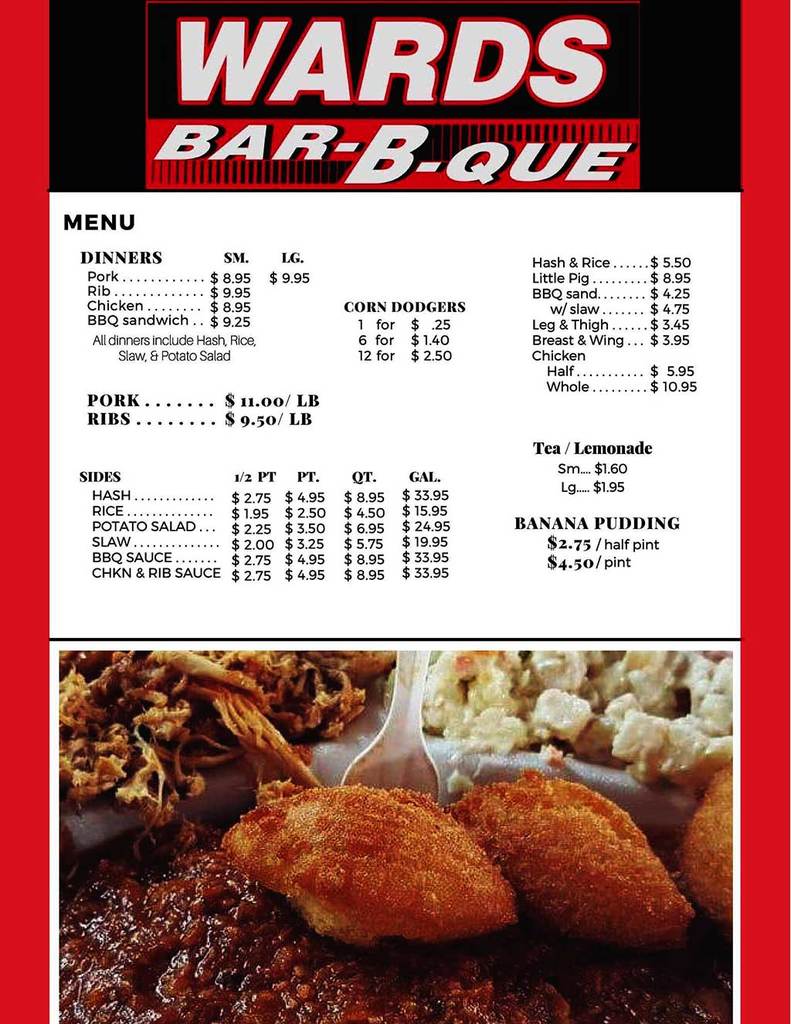 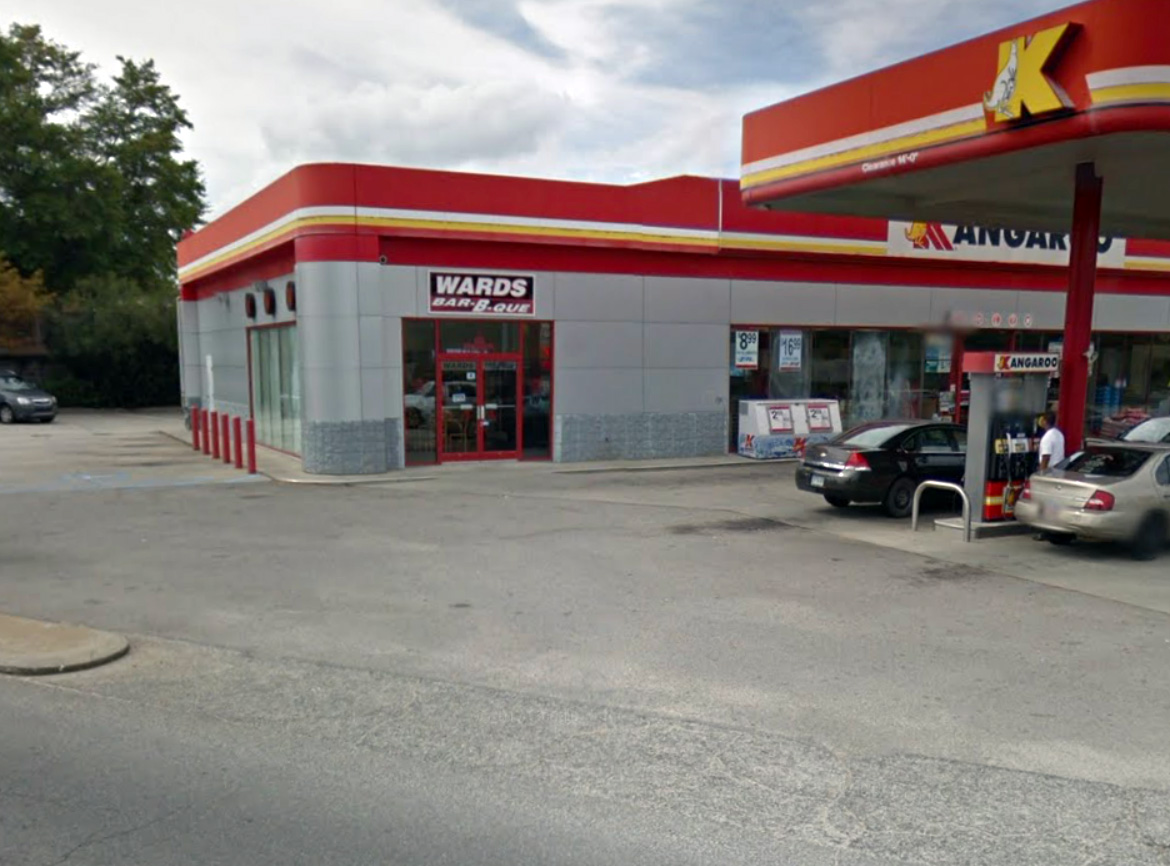