Serving up smoke, sides, and smiles!

Chef Dan Pope has been on a search for tasty, delicious, and smoky Texas-style barbecue in the Upstate for years, and finally decided to try it for himself. After lots of practice, God’s will to open, and compliments here and there, Bearded Bros. BBQ came to be.

After more than a year of developing recipes and establishing a following, Dan Pope and his partners knew it was time to bring Texas-style barbecue to Spartanburg.

Bearded Bros. BBQ at 827 Union St. specializes in hardwood-smoked meats. Like in the Lone Star State, they serve everything with bread and brisket.

In addition, the menu includes a rotating selection of other proteins, along with homemade sides.

However, brisket lies at the heart of their passion.

The food is so good you don’t need sauce, but they’re so good, you’ll want to use it anyway!

Bearded Bros. BBQ actually started out as a “ghost catering” concept. In January, Pope and his partners bought a building on the outskirts of downtown Spartanburg and began converting it into a brick-and-mortar restaurant space.

Spartanburg was the logical choice. Beyond the fact that it is where he lives, Spartanburg is “good people, a great culinary scene coming up, and a tight-knit community. I think it’s ripe for really good barbecue too.”

Bearded Bros. will offer up to seven proteins each day, along with 8 to 10 sides.

All orders include white bread and house-made pickles and pickled onions.

While Bearded Bros. does not serve alcohol, it does present a variety of craft sodas, homemade sweet and unsweetened tea, and homemade lemonade.

The restaurant builds around a community focus, including partnerships, benefits, and food donations.

“We love serving our community, and can’t wait for the opportunity to meet you,” Pope said.

If you’re on a road trip and have a hankering for some Texas-style barbecue, you’ll find Bearded Bros. BBQ just a few miles from Exit 21 on I-26 or Exit 72 on I-85.

What Folks are Saying about Bearded Bros.

Among the Google Reviews, Nathan Tschetter found the meat was more than fork-tender:

Went today over lunch and the service was quick and friendly. I got the special for the day which was beef ribs. Didn’t even need a knife to eat them. A plastic fork was all that was necessary because that’s how tender they were.

They were perfectly cooked and had an amazing crust on them. I will definitely be back. Probably even this week.

In another Google review, Cindy Jennings warns you not to get there too late:

First visit today. Won’t be our last. Our mistake: waiting til 1:30 to go.

Brisket and ribs were out. But…no worries. The pulled pork was most excellent! Very well seasoned.

One tiny disappointment: sauces were not included in our take-out boxes. (The meat tasted great on its own, but we added sauce to some at home).

Pulled pork can be hit or miss depending on how much fat the pitmaster chooses to chop into the mix. This meat was obviously carefully trimmed and prepared. Sides were generous.

And hey, the folks are just plain nice! Give them a try! You’ll be glad you did! 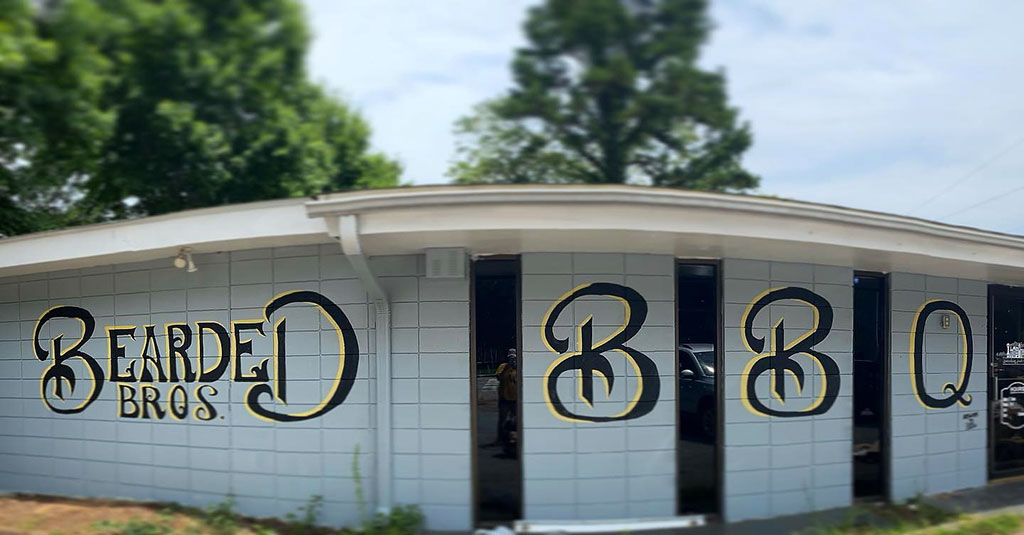