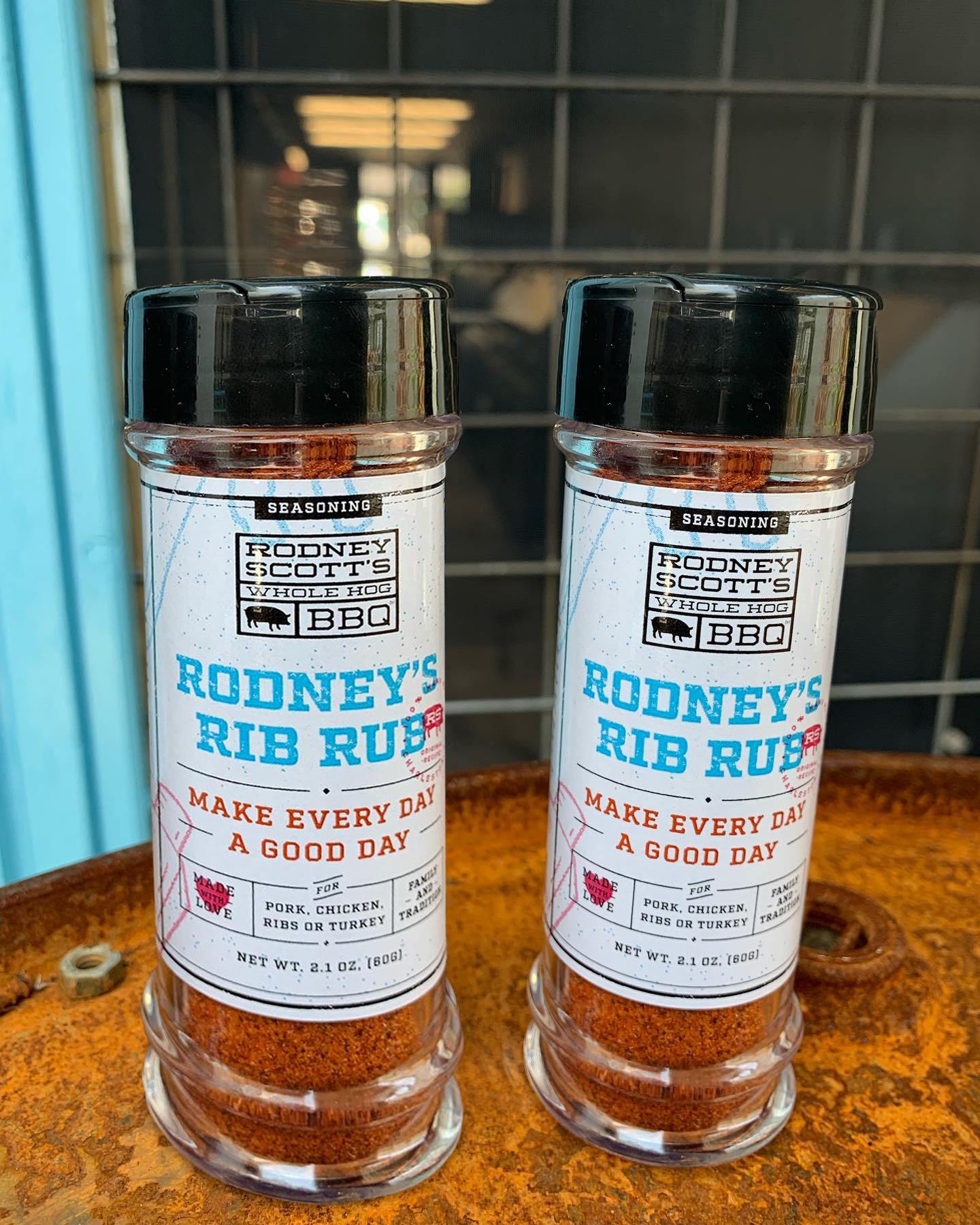 In a recent appearance on the Today Show, the James Beard award winner shared the recipe for his rub. This is the dry rub that plays such an important role in Rodney Scott’s BBQ ribs recipe, but Scott notes that it is also excellent on pork, chicken, or poultry.

Ah, but Scott’s dry rub recipe on those ribs mopped with Rodney Scott’s BBQ sauce recipe, a vinegar pepper sauce with a touch of citrus, you get the perfect combination and a true taste of South Carolina barbecue.

“It’s a combination of the dry rub and the sauce that makes it,’ Rodney said in an interview with Gourmet Traveler. “We start out dry seasoning and then do our mop sauce.

Our mop sauce is a vinegar and pepper sauce with a little citrus in it. It helps to blend the ‘secret love stuff’ that we add to the dry rub.”

It’s that “secret love stuff” that has always foiled those who might try to emulate Rodney Scott’s rib rub recipe. Now, we know the meaning of love.

He discusses “love” and a number of other things in this Q&A with Rodney Scott we published in March 2021.

Born in Philadelphia in 1971, Rodney Scott and his parents, Rosie and Ella moved rural South Carolina just a year later.

They settled near Hemingway in a small community named Nesmith and the Scott family became farmers. They grew a few crops and tobacco and raised some hogs as well.

Much of what the young family enjoyed depended on what they grew or raised themselves: butter beans, okra, sweet corn, cucumbers, and more.

If there was meat on the table it was meat that they slaughtered and cleaned for themselves.  On special occasions, the Scotts would cook an entire pig.

There was one other thing that helped sustain the Scott family, Scott’s Variety Store. This humble spot was a simple, old country store where they sold gas and other goods.

At some point, the Scotts began cooking a hog or two to make a little extra money. It wasn’t long before two became three and then three became four.

When they opened the store in Hemingway in 1972, there is no way they could have known Scott’s Bar-B-Que would be the fertile ground they built an empire upon.

(Note: Our visit to Scott’s Bar-B-Que in Hemingway was the very first review we wrote when starting this site back in the summer of 2012.)

As a youngster, Rodney spent much of his time around those pits. In fact, learning from watching his father and uncle, he cooked his first hog by himself as an 11-year-old.

That young boy would later become an icon, first being written about in the New York Times in 2009, Time Magazine in 2011, and the Washington Post the following year.

Not long after, Rodney left Hemingway to create Rodney Scott’s Whole Hog BBQ in Charleston. Today, he has locations in Alabama and coming soon to Atlanta.

That acclaim was not fleeting. In 2018, Scott was awarded Best Chef Southeast by the James Beard Foundation, one of the culinary world’s highest achievements.

“It’s a combination of the dry rub and the sauce that makes it,” Rodney said of his ribs. “We start out dry seasoning and then do our mop sauce [the sauce used to baste the meat]. I like to layer my rub.”

It is that special combination of Rodney Scott’s Rib Rub recipes and his incredible “mop sauce” recipe that makes his ribs stand out. But Scott takes them one at a time.

“We’ve put it all together in a recipe before, and it still works, but I like to do it one by one so I can see what I’m working with,” he told Gourmet Traveler. “You’d do a salt rub, a pepper rub, a couple of secret ingredient rubs.

“My dad was very strict on not too much salt, not too much pepper. It helps to blend the ‘secret love stuff’ that we add to the dry rub,” Scott finished.

Try this rub on spare ribs or baby backs, and you won’t be disappointed…especially if you mop with his sauce as you go. But go lightly on the rub and don’t “rub it in.”

Rodney describes his rub as “potent,” and he suggests you apply it lightly as you see him doing here:

If you have any leftover, it can be used as an all-purpose seasoning for other meats, on potato salad, and more! Stored in an airtight container, Rodney Scott’s rib rub recipe can be kept at room temperature for 6 months.

Rodney Scott’s Cookbook, World of BBQ: Every Day Is a Good Day

While he has not shared many recipes over the years, here is one you might enjoy making in the meantime. Rodney shared this recipe for the collard greens from Rodney Scott’s BBQ.

And while you’re at it, you might as well throw together Scott’s “potent” rib rub recipe. We mention the sauce and rub in this Web Story on Rodney Scott’s BBQ Ribs recipe.